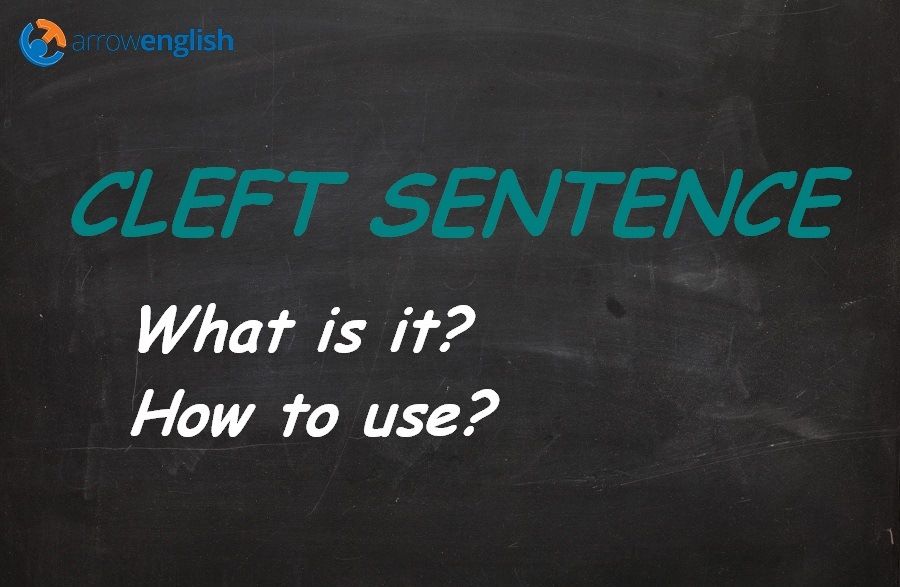 Cleft sentences are used to help us focus on a particular part of the sentence and to emphasise what we want to say by introducing it or building up to it with a kind of relative clause.

Because there are two parts to the sentence it is called cleft which means divided into two, which is why we have 'cleft chin' cằm chẻ.

Cleft sentences are particularly useful in writing where we cannot use intonation for purposes of focus or emphasis, but they are also frequently used in speech.

NOTE from the last two examples that cleft structures with what-clauses are often used with verbs expressing an emotive response to something like adore, dislike, enjoy, hate, like, loathe, love, need, prefer, want, etc.

Cleft structures with what-clauses are also often used with does/do/did and with the verb happen when we want to give emphasis to the whole sentence, rather than a particular clause.

The police interviewed all the witnesses to the accident first.

What the police did first was (to) interview all the witnesses to the accident.

Their car broke down on the motorway so they didn't get to Jo's wedding on time.

What happened was that their car broke down on the motorway so they didn't get to Jo's wedding on time.

It is sometimes very effective to use all instead of what in a cleft structure if you want to focus on one particular thing and nothing else.

I want a new coat for Christmas.

All I want for Christmas is a new coat.

I touched the bedside light and it broke.

All I did was (to) touch the bedside light and it broke.

Finally, we can also use it in cleft sentences and join the words that we want to focus on to the relative clause with that, who or when.

In the example which follows, note how this construction enables us to focus on different aspects of the information, which may be important at the time.

My brother bought his new car from our next-door neighbour last Saturday.

It was my brother who bought his new car from our neighbour last Saturday.

It was last Saturday when my brother bought his new car from our neighbour.

It was a new car that my brother bought from our neighbour last Saturday.

It was our next-door neighbour that my brother bought his new car from last Saturday.